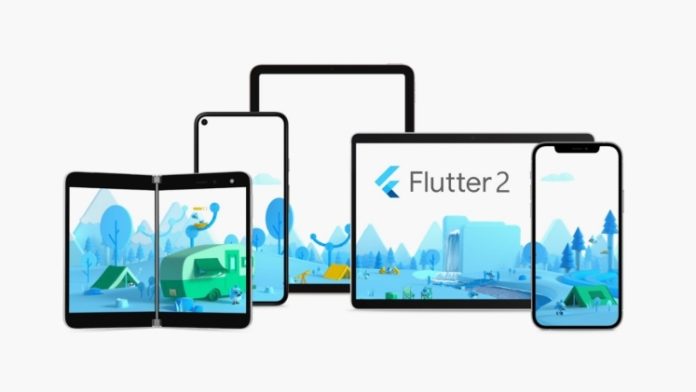 With the revolution in mobile phones, several types of mobile software evolved. Each type of mobile was having its own kind of OS, and this led to neck-throat competition ultimately the tech world got iOS and Android operating systems for mobiles. The phones working on these OS have their own platforms for applications. So, it became the job of developers to create applications according to the compatibility of the platform. This developmental condition seemed fine in the initial days because, at that time, every cell phone brand had some variation in the OS. As the number of mobile phone users and the market share of a handful of companies skyrocketed, it became the need of the hour for almost all companies to have their apps built on Android as well as iOS and even windows. In short, the demand for multiplatform app development heavily increased.

“Necessity is the mother of invention” as it is said, multiple attempts were made to create a technology that would be compatible with all popular platforms so that repeated tasks of creating the same application multiple times could be avoided. Flutter and Xamarin were the ones to attain popularity in this domain.

Xamarin is an open-source platform launched by Microsoft in 2011. It enables cross-platform development for iOS, Android, and Windows. Xamarin is coded in .NET unlike dart of the flutter. It enables the developers to avoid writing code for the same functionalities on different platforms. The applications written in Xamarin can be installed on Android and iOS by means of .apk and .ipa respectively and can be written on desktop.

In 2017, Google launched an open-source framework called flutter. Flutter has the following features:

There are some top-class companies that provide flutter app development services. Such service providers help businesses to grow their digital presence and boost their marketing and sales. They use flutter to build dynamic apps based on the requirements of the customer using a single codebase. They focus on implementing an end-to-end and comprehensive approach in order to design business-ready apps that are compatible with Android, iOS and even the web!

The Systematic Design thinking model is majorly followed to fulfill the requirements of clients and attain the results as early as possible without compromising the quality of work. This allows businesses to launch their application quickly and enables the workflow of regular and relevant updates. Such service providers gather a team of highly skilled flutter developers who can build attractive and user-friendly apps on cross-platforms with lightning speed.

Generally, clients are curious and sometimes even reluctant to use new technologies like a flutter. They have the following concerns/ FAQs

Why choose flutter instead of native technologies?

So choosing a cross-platform framework Flutter over native app development can save a lot of time and money. Overall, the Flutter app development framework helps you to create beautiful apps easily with relatively greater speed.

How do the flutter mobile app services stand out if the native app developer competitors?

Flutter allows you to create an attractive and interactive app to render brand-first designs. In a nutshell, with the help of Flutter, you can create feature-rich apps of any genre such as gaming apps, on-demand apps, exerting ML in apps, etc.

Although both of these frameworks are used for cross-platform app development, there are some key differences between them

Now we have seen an intuitive analysis of two major cross-platform technologies namely flutter and Xamarin. Both platforms are attaining popularity based on their unique features. Companies that aim to be flutter app development service providers or Xamarin app development service providers are increasing over time.
latestdigitals & technnology news site

3 Things to Consider When You Design a Custom Home

Hvac Tune Up Near Me: Choosing an HVAC Contractor

The Main Types of Solar Panels for Your House

Emperor Who Abdicated in 2019 Nyt Crossword

An Outlook On Software for Legal Practice Management